Soil-transmitted helminths (STHs) are parasitic worms that live in the human intestine and affect one fifth of the world's population. Currently, large school-based deworming programs are implemented to fight these worms, and a worldwide upscale in mass drug administration is underway. Over the last years, the coverage of drug administration has doubled from 30 to 60%, and ongoing global efforts are made to ultimately reach the milestone of 75% coverage by 2020. However, a major concern is that this high drug pressure may cause anthelmintic resistance in these worms and thus reduce the impact of the deworming programs. 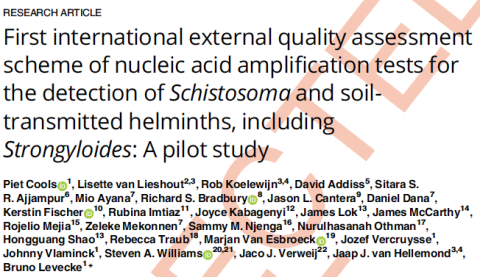 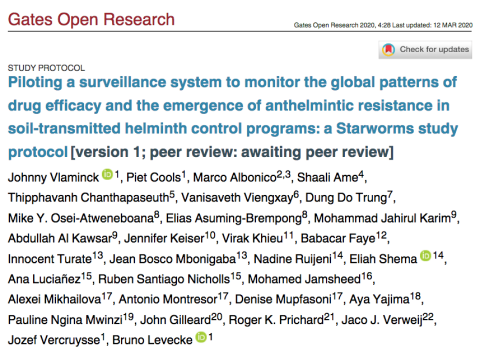 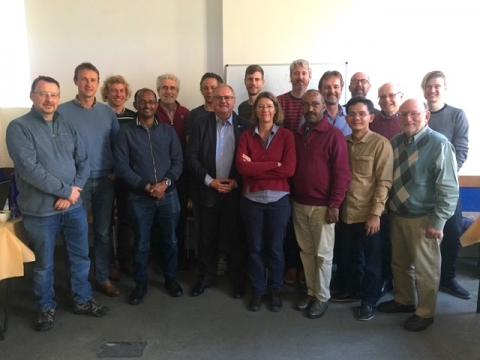 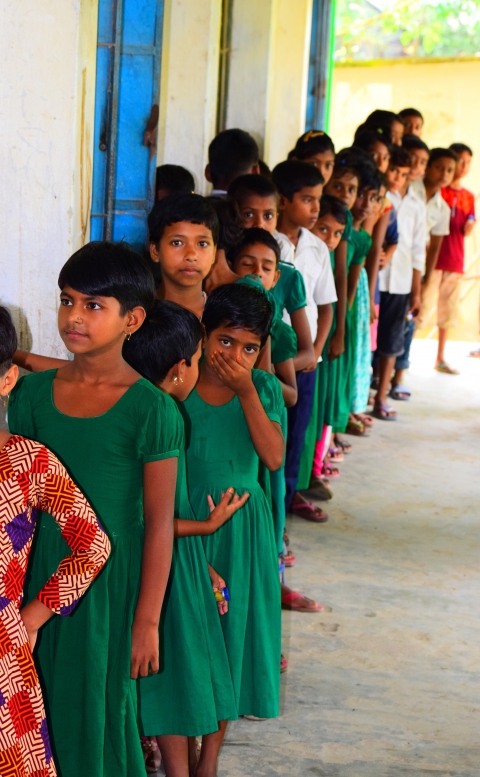 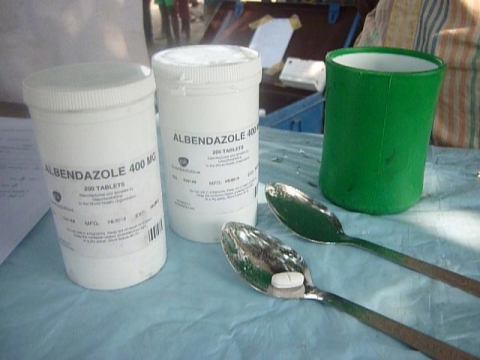 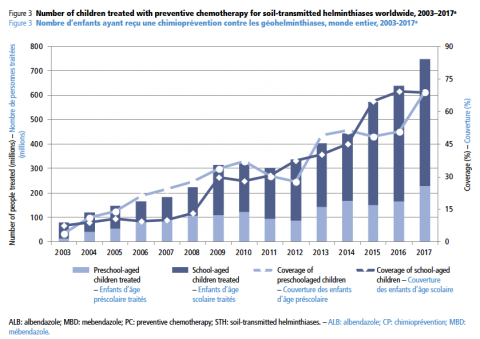 2017 coverage levels for STH are promising 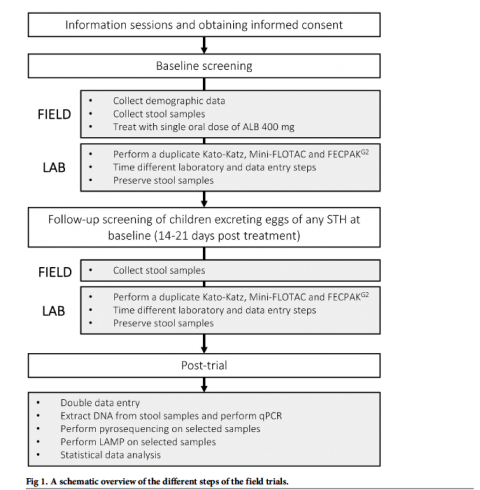 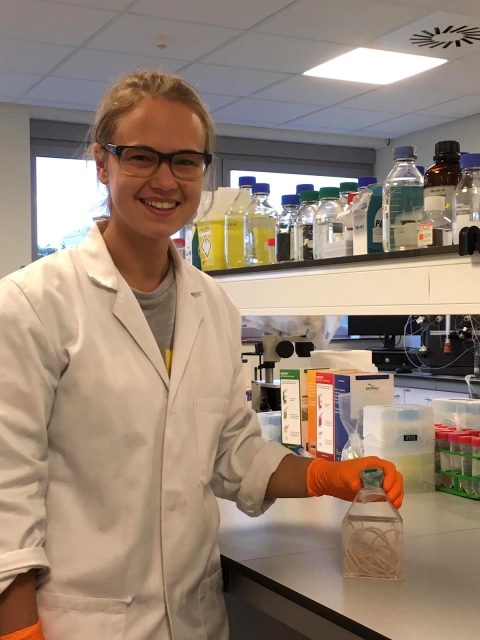 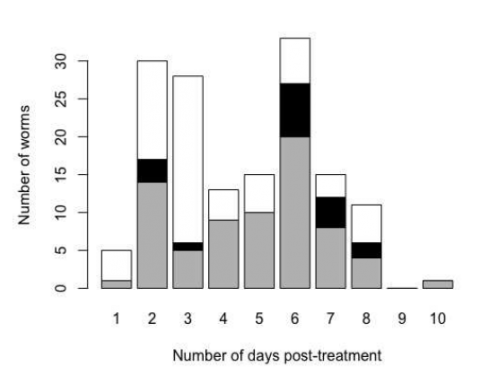 True Resistance of Ascaris to Albendazole in Rwanda?

The Starworms project relies on a world wide network of institutions that constructively work towards completing its objectives. All these partners are introduced below, and their invaluable role in the project is described. 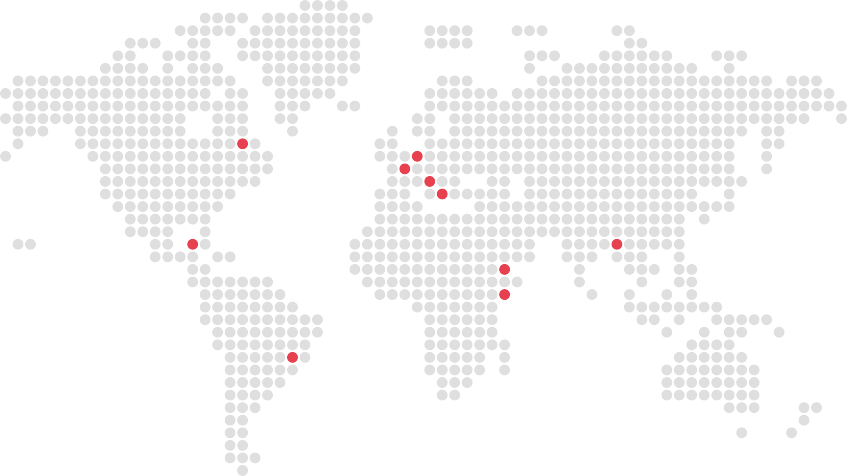 Over the course of the past 5 years, we have produced multiple tools for the soil-transmitted helminths community. These tools include visual tutorials of operational procedures, the different forms used during the field trials and new software to support program managers. We are delighted to share them with you. 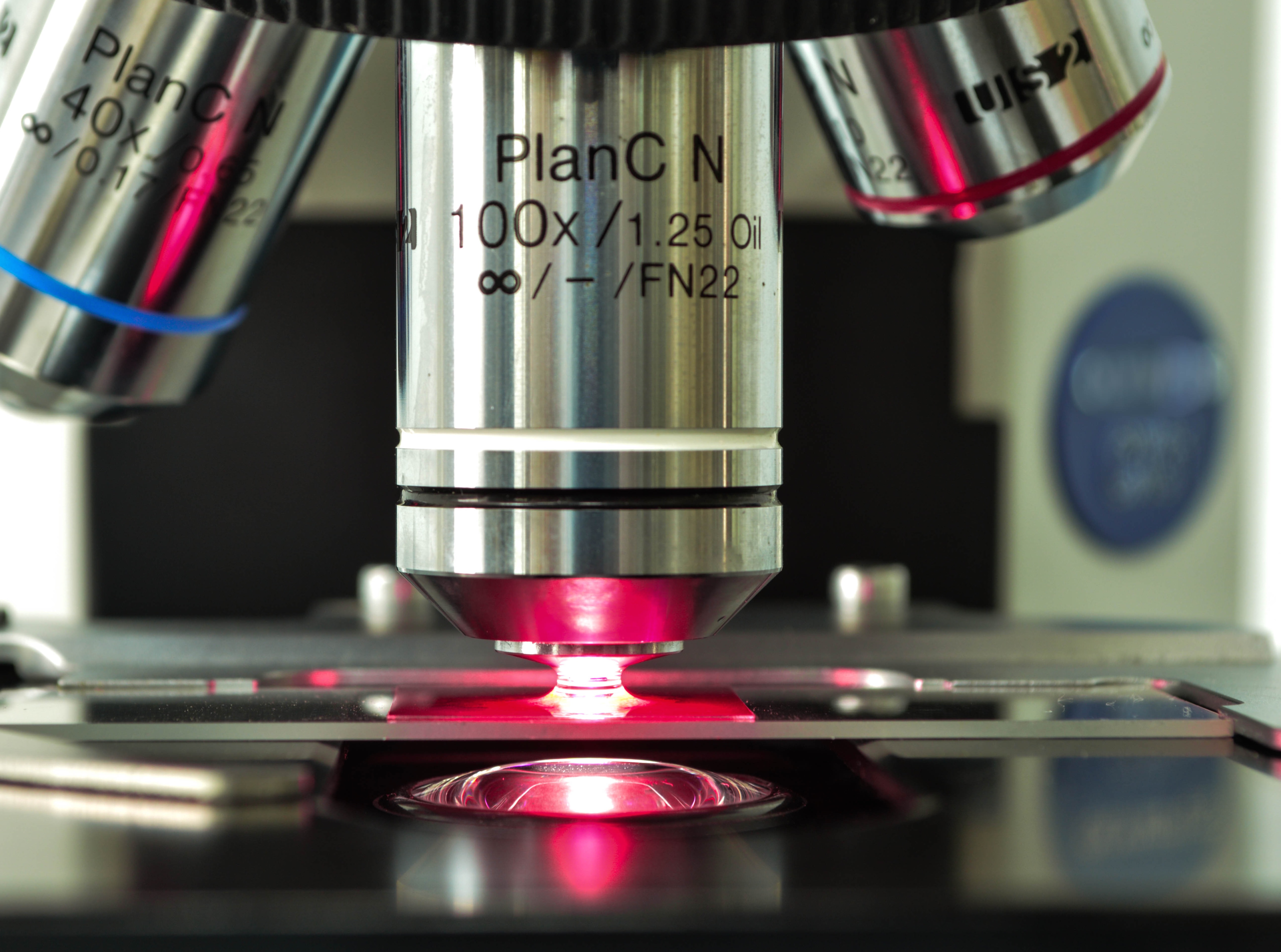