When it comes to the implementation of mass drugs administration in school-aged children (SAC) to combat soil-transmitted helminths (STHs), Bangladesh has been on the front of the pack. The children of Bangladesh used to suffer significantly from the high numbers of intestinal worms living in their guts. However, since 2008, the country’s control program has been distributing anti-worm drugs twice yearly to the many schools across the country. They were successful in severely reducing the prevalence and intensity of these infections in nearly all districts of the country, reaching prevalence of any STH often far below 5%. However; during a survey in 2017 in the district of Sirajganj, about 130km NorthWest of the Capital Dhaka, some schools showed to have an Ascaris prevalence of approximately 24%, far above the country average.

Given the many historic treatments with reported coverage of >90%, this district was of interest to evaluate the efficacy of the drugs used in the program. To do so, we planned a drug efficacy trial in the local schools of Sirajganj district.

The trial started on the 7th of September 2019. The field team (Pic 1) is evaluating the prevalence and intensity of STH infection in SAC in a dozen schools using duplicate Kato-Katz. Afterwards; all children receive a single dose of 500mg of Mebendazole as treatment (Pic 2). Fourteen to 21 days later; the children that were positive for any STH will be re-examined to be able to calculate the egg-reduction rate and evaluate the efficacy of the drugs. 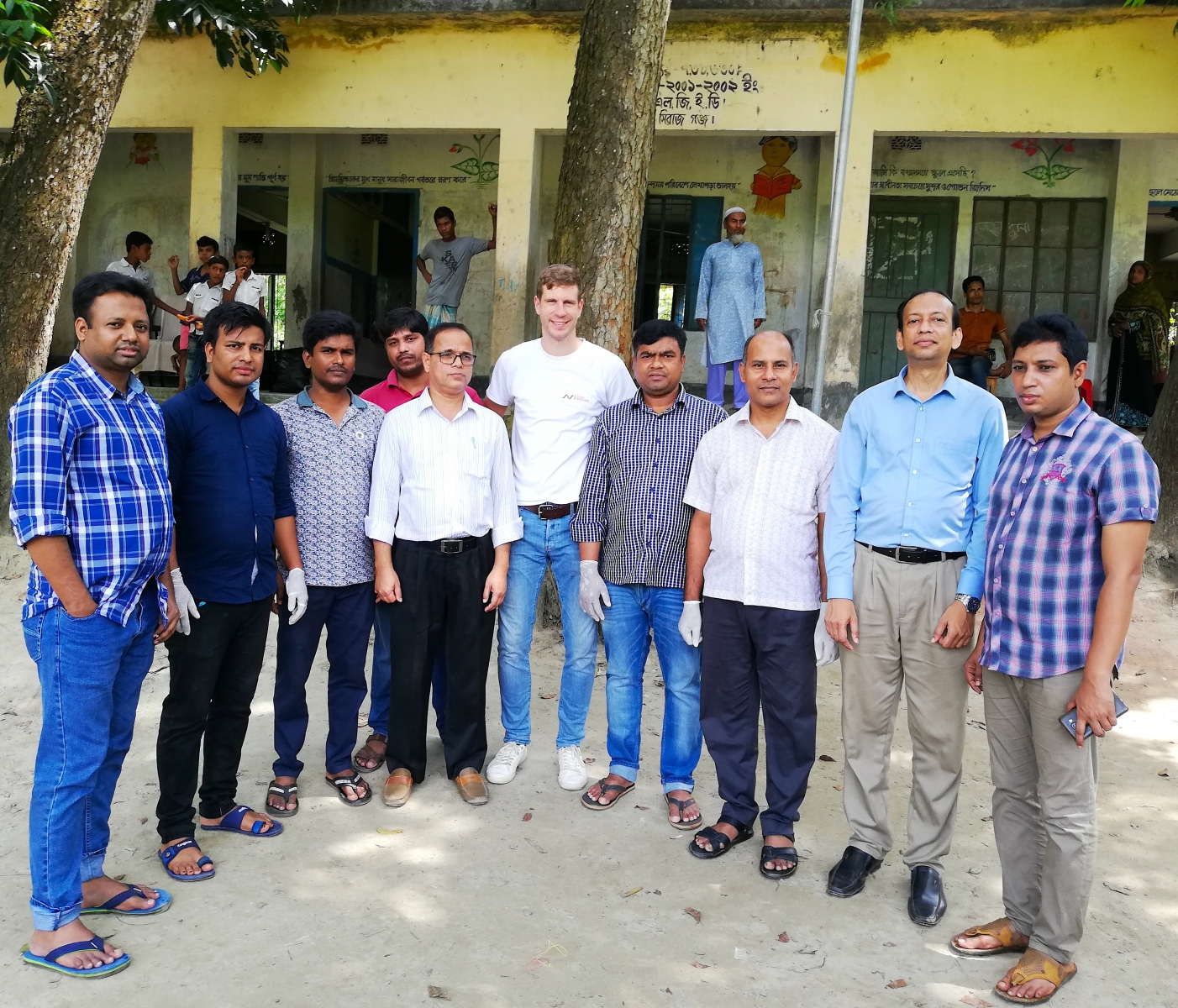 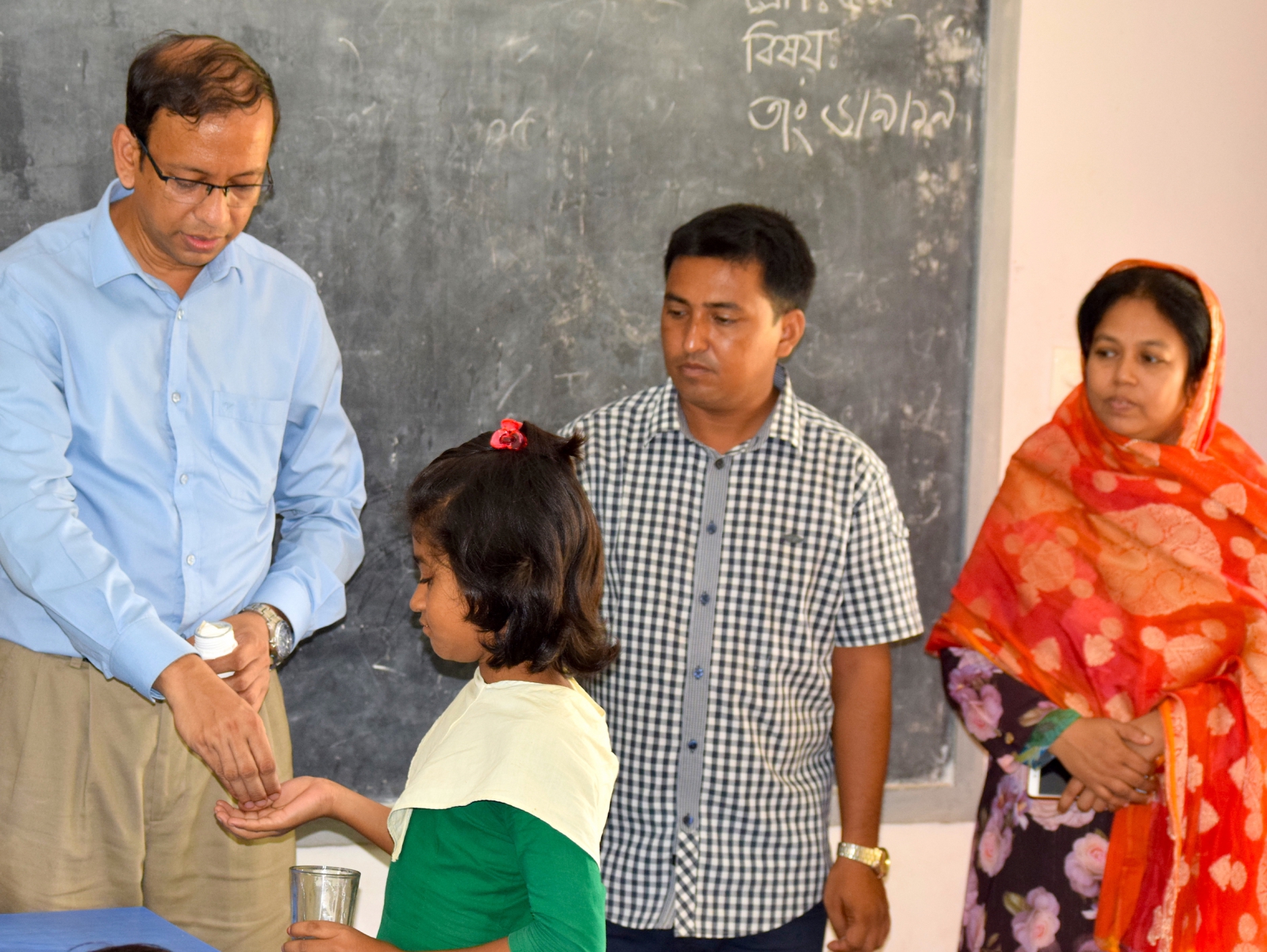 We are looking forward to receive the findings of this study somewhere in the beginning of October. Right before the second deworming round of the year will take place in the thousands of little schools across this rapidly developing country.